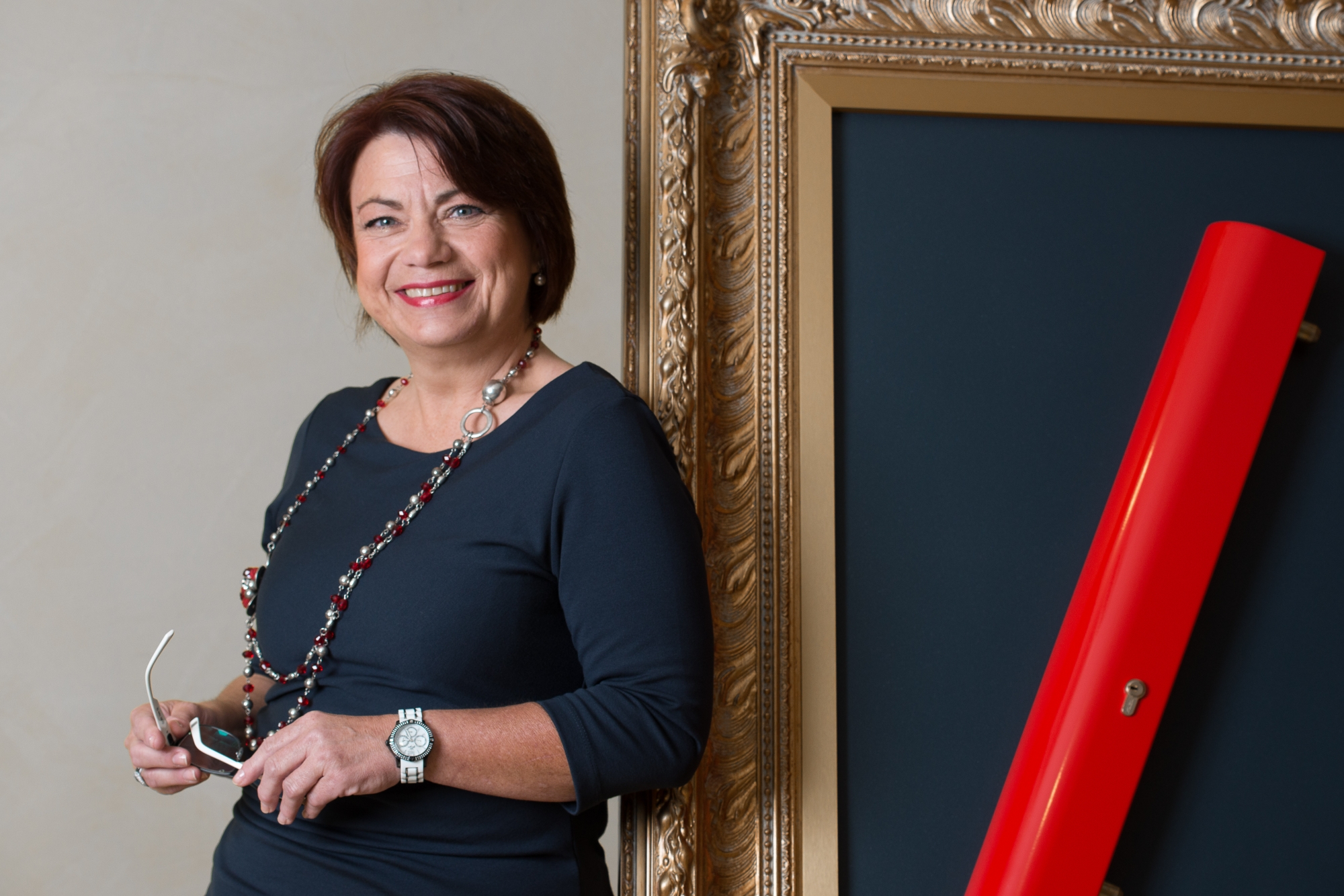 Guidotti: A brand or family name ?

I would say it is both! A family name that is now a brand. This is a family that developed the know-how in the world of security locks. It is the story of a family, the story of a company - the two are linked and cannot be separated.

How long have you worked at Guidotti ?

Since 1962... since I was born! All my life, I remember the smells of metal and cutting oil when my father, Dante Guidotti, returned from the workshop or the interminable discussions about the company and our products during Sunday dinner.
I bathed in it, like every other member of my family. My brothers went to work in the factory as teenagers after school. My mother often welcomed the workers home to eat with us. When I was younger, I prepared the catalogues for the exhibitions as soon as I'd finished my after-school snack. I was very proud to be able to help my daddy!
It is a whole life's work, whether it was my father, my mother, my brothers, my sister... or me.

In your opinion, what are the key dates in terms of the company and your career up until being nominated to the position of Managing Director of the group ?

A little history? Well then, to make it simple, you should know that in 1970, the whole Paris region was already equipped with Guidotti rails. You couldn't pass by a glass door without recognizing our products.
Then I would say in 1977, the first electric embedded lock was a major event. Our first hinge was produced at about the same time.
1986, with the DG86, specifically designed for the Bank of France.
1992 was also an important date for the company and for me. My brother, Jean-Claude, took over the group following the death of my father. It was essentially he who developed the export market.
Two years later, Guidotti produced its first multi-point lock: the DG94.
Then in 1996, its was my turn to go into the family business in the sales department. Six years later, in 2002, when my brother retired, I was nominated Managing Director of Créations D.Guidotti.

What has been your strategy since 2002 ?

Guidotti has always been a family business, close to its workers, but at the same time we wanted to industrialize our means of production while keeping this human dimension. Guidotti had to be able to evolve in an environment suitable for its development and Boulogne did not meet these criteria.
We therefore decided to move, and several locations were considered. It was the Toulouse region which seduced us with its strong economic dynamism and its interesting geographical position. The choice of Revel was also influenced by the strong desire of the town to welcome us.
In 2003, construction started of the company - we built it in the image of Guidotti and its growing needs while respecting the environment. Revel is part of the Bio vallée Lauraguaise aneco-initiative with convictions dear to the brand.
Then at the start of 2004, my two daughters inserted a time-capsule into the foundation stone with messages bearing good will for the company which was already so much a part of their lives. And finally, in June, we moved. It was the start of an adventure for us and the 13 employees who followed us from Paris as well as our new employees from Revel.
From then on, everything went very fast and the growth of our company within the security market has not ceased to increase - with major projects such as equipping the French Pentagon.
My father, Dante Guidotti, founded a company based on innovation and family values. He was a genius of an inventor who still inspires our design office and when in 2010, we produced to first multi-point lock (certified NFS 61-937) it was natural to name it DANTE.

What are your current initiatives ?

I would say that today, our priority is innovation and the creation of certified products. Our intention is to ensure the maximum of security for our customers.

Do you have any final words?

The company still exists today because of the men and women who are so deeply attached to it and who, through their work and desire, always make it go that bit further. I am particularly proud of our Men and the name that I bear.

By continuing your visit to this site, you accept the use of cookies to offer you services and offers adapted.